He is known as having invented the portable pencil sharpener which he patented in 1897.

Before the invention of the pencil sharpener, a knife was the most common tool used to sharpen pencils.

He died in a car and train collision in North Carolina on December 26th, 1931.

Samuel Rigu created Safi Sarvi, a waste-based fertilizer that can increase yields by up to 30%

Payton Johnson, the one who created the rocking chair.

Otis Boykin played a role in the creation of the Pacemaker 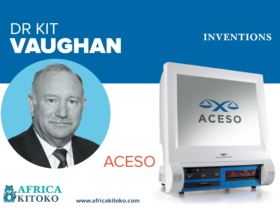 Dr Kit Vaughan and the ACESCO, a machine for early and effective detection of breast cancer.