Six African States are in the world’s top 20 countries having most women in parliament. Rwanda comes first with 61% of women parliamentarians against a world average of 24%. Along with Namibia, South Africa, Senegal, Mozambique and Ethiopia, this country is one step ahead in Africa in terms of gender parity.

With 46.2% of women composing their Parliament, Namibia ranks 7th, between Grenada and Costa Rica. South Africa and Senegal are next, respectively 10th and 11th ahead of Finland, with around 42% of their parliament composed of women. Mozambique (39.4%) ranks 17th after France while Ethiopia (38.8%) is 19th just after Argentina. Tanzania, Burundi, Uganda, Zimbabwe, Cameroon and Angola also stand out with more than 30% of women in their Parliament.

The top 10 Most Innovative African Countries (2019)

African countries with the highest consumption of alcohol

Which African presidents are among the most educated ? 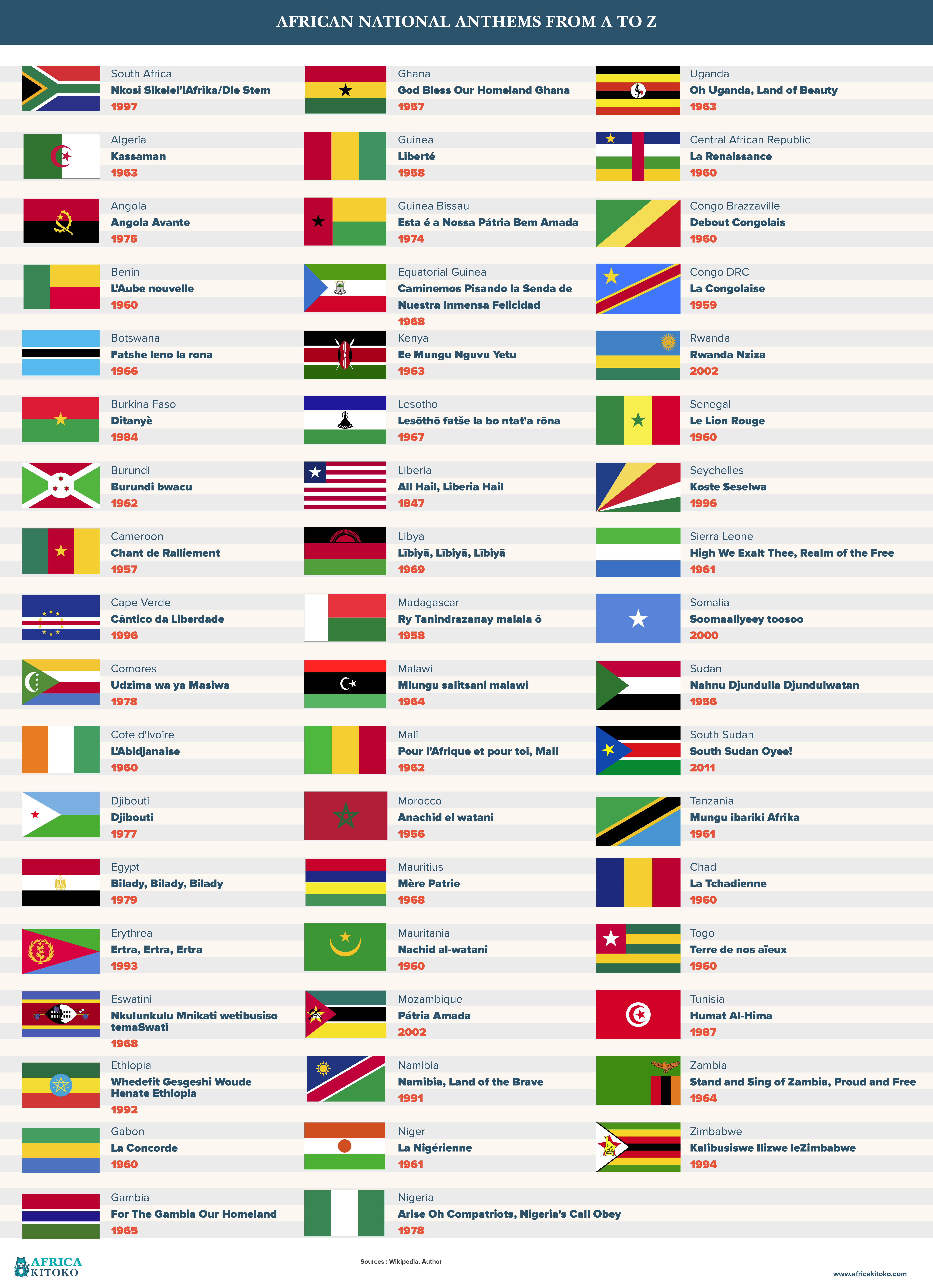 African countries national anthems from A to Z